Alarms.org (the National Council for Home Safety and Security) based in Washington, DC, released a report to identify the safest cities in Florida.  According to the site, they reviewed the most recent FBI Uniform Crime Report Statistics.   They ranked 7,639 cities.  They then removed cities that failed to submit a complete crime report to the FBI.  They also removed smaller cities with less than 10,000 residents.

Based on their finding, Key Biscayne was ranked the safest city in South Florida and 2nd safest city within the State of Florida! Alarms.org ranked the following cities as the safest in Miami-Dade County.  Key Biscayne ranked #1 in the county followed surprisingly by Sweetwater and then Coral Gables.

Sweetwater ranked as the 7th safest city in the state and 2nd safest in Miami-Dade County.

Pinecrest ranked as the 22nd safest city in the state and 4th safest in Miami-Dade county. 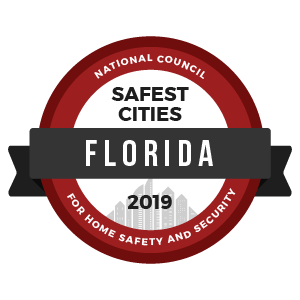 Shark Incident Off the Shores of Key Biscayne

ABOUT US
FOLLOW US
© Copyright 2019 - FLORIDA WEB MARKETING, INC.